This wall installation consists of 16 elements with a pattern drawn with a spirograph is a reference to theatomic nucleus.

The 16 elements are presented in groups of 4, with different sizes and colours, each group representing an observing entity or focus group. We are supposed to look at their interaction and recognize their potential combinations.

This installation is a visual representation of the analogy between love attraction making and undoing couples and the chemical operations that govern the links and precipations of chemical substances.

Affinity becomes the law of nature, producing reactions in both chemistry and living creatures. It is loosely inspired from Goethe’s novel "Theory of Colours" and the expression "to have common grounds or hooked atoms" coined by the Greek atomist philosophers Democritus and Epicurus. Furthermore, the colour arrangement shown in this installation also refers to Goethe’s "A Theory of Colours".

Goethe’s theory of colour polarity, the opposite of the trichomatic theory, is based on 4 basic colours, in 2 groups of 2 and the natural contrast between lightness and darkness.


This installation illustrates one of the principles outlined by Goethe: the notion of colour arises from a sensuous, spontaneous and revealing innner reflection.

Finally, this new project allows to pursue the ambiguity of the dual game reccurently appaearing in my work, between attraction and repulsion, seduction and danger, microcosm and macrocosm. 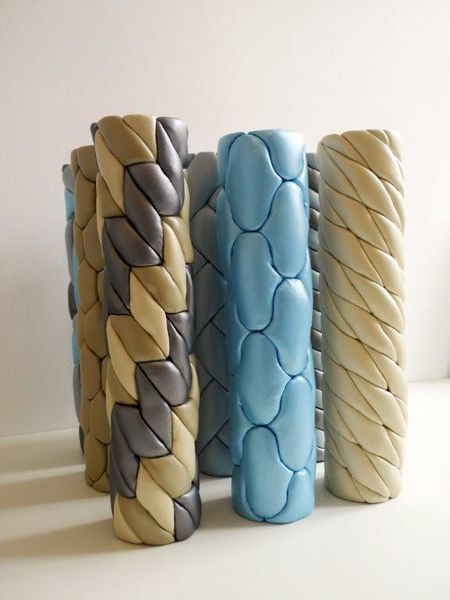